These FAQs are always expanding and gaining topics. We encourage you to ask an SEO question if it isnt already included. Just visit submit an SEO FAQ and we’ll respond to you and if it seems relevant to many we’ll add it here.

What is SEO based on? Our Quora Answer

What is SEO based on? 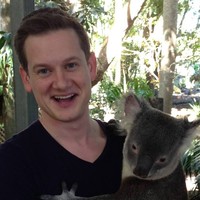 SEO is a mutable, always changing field of half technology and half marketing. To my knowledge their are no independent third party nonprofit certifications offered in this expertise. I mention that because with 40 billion a year spent on SEO efforts you’d think there would be an unbiased professional group like ASTD is for training or CompTIA is for technology.

SEO is honestly the wild west. I’d say half of it is a total waste of time and money with folks operating on pre-2010 notions of repeating their keywords over and over on a page and expecting to rank. A lot of your DIY SEO efforts fall in to this area.

From there, 25% is likely On Page optimization which is not much better than the first part. Correctly placing optimized text here and there, insuring the headers are right and the alt-img tag has something … is the page title too long?

Paying no regard to the fact no one links to that content and it loads so slow that Google’s not going to rank it on the first 4 pages.

Finally we have 25% for Off Page … of which I’d bet half of this quarter is done incorrectly.

In the end, it’s the 13% of SEO effort that actually is relevant, executed properly and noticed by Google.

Officially, I should say the basis of SEO is on creating the best content that visitors will love to backlink too, that’s on the fastest, most secure network. But … its still reverse engineering Google.

Sometimes I have to remind clients … that backlink we just spent a week trying to get, it’ll provide us 0 traffic and with that … not one conversion. But that’s not really who the backlink is meant for … its there for Google to see.

We want local citations and mentions because they impress Google and elevate our search ranking which in turn drives traffic. No one really should expect traffic from the local chamber of commerce minute notes that links to us…but hey thats a great local search backlink that would be in content and from a trusted source.

No certificate program could really be made for SEO as the course content would be obsolete by the time the course is written, promoted, taken and a certified SEO gets a job.

That’s what makes it a field that you have to experiment with and be open to adapting the way you do things day by day.

For more reading we have an article on the site discussing SEO SEM SMM and SMO and whats the difference.

And when I said it is the wild west … it really is volatile.  Heck look at this tool, ask yourself how many other industries have something like a daily scale letting them know how much upheavle there is in Google rankings for the day.

Category: SEO
Tags: Quora, SEO, What is
Permalink
Back to Top

A visitor suggested we start collecting information and compile a Best Host Company as well as rank them. Give your input by competing a short survey.